Made “during a time of trouble” and depression in his life, its classic-sounding rootsy American guitar music will no doubt attract many middle-aged Uncut and Mojo readers, as will Taylor’s nasally, sometimes indistinct, Dylanesque vocals.

For me, though, the closest comparison is with the lesser-known US troubadour Dan Bern.

The songs sound great — The National’s Aaron Dessner is in the producer’s chair — from the loose-limbed opener I Need A Teacher to the War on Drugs-style Heartland Rock of Katy (You Don’t Have To Be Good Yet) and Happy Birthday, Baby is a sweet tune about the birth of his daughter during a thunder storm.

Notwithstanding its difficult emotional origins, Terms of Surrender is a warm-hearted and often compelling listen. The climate and ecological emergency continues to be the central concern of the 73-year-old Canadian: “I saw old white guys trying to kill Mother Earth,” he sings on the 13-minute slow-burning She Showed Me Love.

The nostalgic Olden Days and forbidding Shut It Down — “shut the whole system down” is his XR-style mantra — show that The Horse can still rock out.

But the problem is that the songs are chock-full of childlike cliches that would make Chris Martin blush, with sweet piano ballad Green Is Blue conjuring images of beached whales, while a polar bear floats on a slab of ice while “the birds are singing” on the loved-up Eternity.

RECORDED in a quiet valley in Wales just before lead singer and songwriter David Morris began a nine-month retreat at a Buddhist monastery in Nova Scotia, Abundance Welcoming Ghosts is another hugely impressive record from the British six-piece. 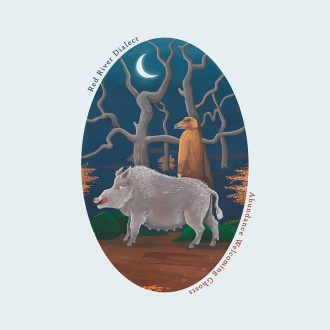 Deeply affecting and distinctive, their music convenes in a rich seam of British folk-rock mined by Fairport Convention and The Waterboys.

On mournful single Snowdon, Morris sings of the mountain being “the closest point of Wales to heaven,” with US singer-songwriter Joan Shelley contributing backing vocals.

Elsewhere, the intense, fiddle-assisted Salvation is reminiscent of The Levellers, while My Friend is unusually upbeat.

As with last year’s similarly brilliant Broken Stay Open Sky record, I get the sense I’ll never quite fully understand the beguiling music contained within — exactly the thing that will make me keep coming back for more.